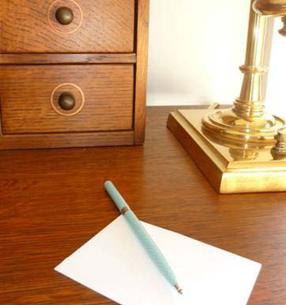 Crafting words that entertain, educate and inspire is my passion.  Add to that an equal passion for capturing the photographic image old-school style on film and developing it in the black-and-white darkroom, and the result is a heady mix of caffeine and chemicals. Here's a bit about me.

Formerly a freelance writer in New York City, I worked with prominent icons in advertising like Ogilvy & Mather and Saatchi & Saatchi, and in industry including American Express, 3M, Ralph Lauren, Calvin Klein and Estee Lauder before relocating to Santa Fe New Mexico in 1994. My editorial work has been featured in the premier travel publication, GuestLife New Mexico and a print campaign for my client ARI Business Consultants won an Addy in l997.  I also received the national Hackney Literary Award for Poetry in 2000.

While living in Santa Fe, I founded The Darkroom, a black and white darkroom facility and gallery serving New Mexico's photographic community.  There I conducted workshops in camerawork and printing in collaboration with Santa Fe Community College, and curated exhibits at various art venues in New Mexico as well as helped organize the first open-air photography exhibition for Photo Arts Santa Fe.  Under my direction, The Darkroom sponsored statewide exhibitions of student photography with grants awarded by the State of Mexico, local and regional non profits and from the private sector.

My photography has been exhibited nationally, published in articles and in the book Visions of Santa Fe.

In 2005, I was honored with the first place award for Animals and Wildlife in a national competition sponsored by Ritz Camera.

In 2008, I returned to my home town of Rochester, New York where I now live, write and teach workshops in photography.  Recently I was a finalist in Photographer's Forum Magazine, 32nd Annual Spring Photography Contest and was featured in the 2013 Winter Spring edition of Stone Canoe,